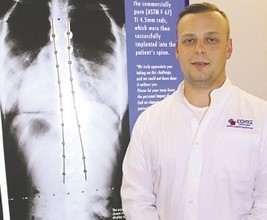 Tom Matulaniec was 8 when he began helping his father at his Berlin company, TOMZ Corp., launching a 23-year journey that in April would see him named president of the manufacturer specializing in implantable parts for the medical industry. “I joke it’s the longest anyone’s waited for a promotion,” said Matulaniec, 31.

TOMZ represents initials of Matulaniec family members: Tom; sister, Ola; mother, Maria; and father, Zbig, who started the company in 1988 and is CEO, but at 65, has largely handed operating reins to his son. Ola and Maria do not work in the business.    READ MORE